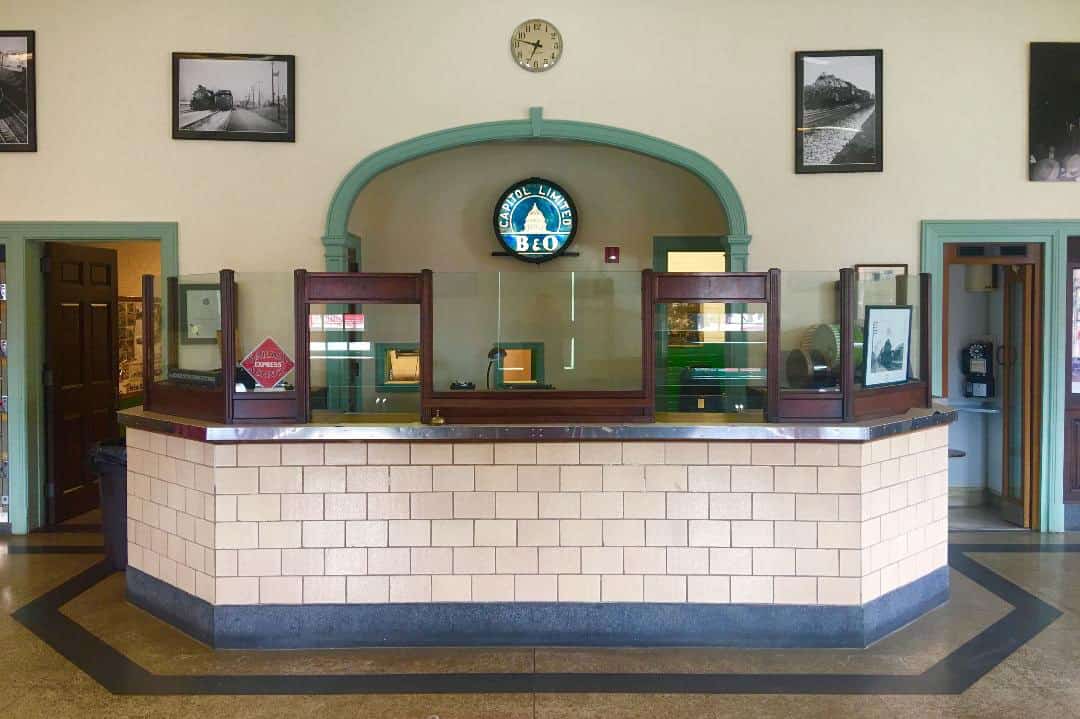 Drumheads are a type of removable sign that were often used by North American railroads during the first half of the twentieth century, These signs were mounted on the rear of passenger trains and consisted of a circular metal canister with a tinted panel of glass (later Plexiglas) that bore a logo of the railroad or of a specific named train. The drumheads were electrically wired to illuminate the sign at night. Because of their shape, they resembled small drums and came to be known as drumheads. Some “drumheads” were also made in rectangular or other shapes. They were normally only made for a railroad’s most important passenger trains and never used on local service or commuter trains. They would always be on the last car which was often a lounge or observation car. The signs were made to be movable so they could be used on whatever last car made up the consist of a particular train on different days. Although drumheads were mostly prevalent in the era of steam trains, they survived on some railroads into the streamlined diesel era.

The Capitol Limited drumhead on display in the Silver Spring B&O station was originally on steam powered trains and was manufactured at the railroad’s Mt Clare shops in Baltimore Md. These drumheads were replaced with blue metal plaques with gold script lettering when the railroad transitioned to new streamlined equipment in the late 30’s. This piece was originally acquired by the father of onetime Silver Spring resident Ed McHugh. Mr. McHugh’s father worked in the mechanical department at Mt. Clare.

This drumhead made many stops at the Silver Spring station during the Capitol Limited’s daily runs between Baltimore, Washington and Chicago.

Recent Posts
Archives
Follow us
Get our Newsletter
© 2022 - Montgomery Preservation Inc. - All Rights Reserved
Back To Top